The end of the year has been quite busy and we skipped the November update. Sorry about that! November & December updates are below, but first we want to look at 2018 and the long view for 2019.

We believe in enabling the transparent organizations the world needs, and we are getting better at transparency ourselves. You can see all of our numbers here.

Growth is good, but those numbers are still too small. If we triple again in 2019, we would still not be profitable.

So we need to change strategy.

And we have a plan.

Open Collective has really taken off in the Open Source community, but not so much elsewhere (despite some success stories like Women Who Code).

Why? Because the open source community is already operating on one social platform that meets its needs: Github.

When a community forms, they need a place to share what they do (code), ask questions and communicate (issues), present themselves (README.md), share documentation (wiki) and stay in the loop (watch). Only then may they reach a point where they need to raise money.

Open Collective has been a very successful complement to Github, offering open source communities a missing building block for their community.

Outside of open source, there is no Github. When a community starts around a project (a meetup, a conference, a citizen initiative, a coop, …) they face a gazillion of different apps and platforms:

Open Source projects can easily share with the world and organize. And because every project is open source, each becomes a building block that enables others to solve higher-order problems.

That doesn’t exist outside of the open source community, and we believe it needs to. Tooling like that can enable collaboration and organizing at the scale we need to tackle global problems like climate change — problems that affect us all upon which we all have some degree of agency, regardless of our temporary territorial arrangements (also known as nation states) . Global problems won’t be solved by national governments. Cities are already much better placed to address those issues (two good reads about this here and here).

We need a new, global, open and transparent organizational structure, where millions of people can coordinate. If every initiative needs to develop their own website, create a legal entity, do accounting, and navigate so many different tools, it’s like the open source movement before Github. Back then it was so much harder.

As Mike McCue once told Xavier, “It takes as much energy to do something small as to do something big, so you may as well go big.” So, we are moving on and aiming higher.

The entry point is not fundraising, it’s organizing. You create a Collective because you need a place to gather your community and coordinate. You then add more features over time, including raising money (where the current version of Open Collective can help you).

Our mission has always been to organize the internet generation. 2019 is the year we own it.

Is this the winning strategy? We don’t know. There are still a gazillion of details to figure out. But the only way to learn is to try.

November reverted the decreased growth trend after an unexpectedly high summer. December consolidated the trend and we grew 14%. We expect to have a very strong January, especially given our agreement with Samsung/Next to disburse their Decentralization Grants totalling $480,000 via Open Collective. This is important not only revenue-wise, but is a fantastic story that can inspire others. We are talking to the Chromium Development Fund and the ZCash Foundation about similar partnerships.

Amp (Google), Facebook Open Source, Airbnb, Modus Create, and Coinbase have already confirmed yearly funds to support open source projects. We are seeing 50–80 new sponsors per month, which shows the value of Open Collective for brands who want to reach communities. We would definitely love to see more in the future.

We need to get better at communication, to help new features fully take off. To that end, we’ve created a new Sponsor Page, Gift Card page, and Fiscal Sponsorship page.

Already $30k has been donated through gift cards, and we are rolling out experiments with Airbnb (new recruits) Digital Ocean (community ambassadors) and Indeed (engineer task force). Please share the marketing page: https://opencollective.com/gift-cards!

We created pledges with the goal of enabling organizations to pledge support to their dependencies not yet on Open Collective. We had only 15 pledges for a total of $185, which is a big let down. The objective was to link to Back Your Stack (which we did) and pledge ourselves to all the top open source projects, making Open Collective opt-out instead of opt-in. We didn’t pursue this, because it would imply making an investment in the open source vertical when we are trying to broaden our focus. We still believe this feature has value as a way to support ideas that are not yet developed (example).

We have added the ability to manually process donations, though it’s still in beta, which is useful for accepting wire transfers. So far we’ve had 88 manual donations for a total of 10k euros. Sadly, we don’t get any platform fees for those payments, since the host has to manually record them. That’s why we have been thinking about a new pricing model (see this issue).

We’ve resigned the contribution flow on Open Collective, the core workflow, to make it easier for users to donate and reduce support tickets.

During 2018, the team grew increasingly distributed geographically. Our lead engineer is in Berlin, our design team is in Guadalajara, we have a developer in Paris and one in Toronto, and we hired Alanna Irving for a coms/support/outreach role from New Zealand. Xavier moved to Brussels.

We love having a remote team; it’s part of our strength to we are organize like our collectives do. That said, it comes with challenges. We need to get very good at setting context and communication channels, it’s hard to quickly assess developers, and some people find it harder to thrive remotely.

We are working short term and long term.

Short term, we’re working on stabilizing the current version of Open Collective and turning it into a building block that we and others can reuse to manage money. We will be updating some core flows and maintaining existing features, but we won’t be building new features for this version. The goal is to reduce the support volume for v2 so we can focus on v3.

Long term, we’re building Open Collective v3. Xavier is building a prototype with citizen initiatives in Belgium as customer zero, like he did with Women Who Code back in 2015. We will productize it to make it the new core of Open Collective in the future.

Our challenge today is to get better at growing and managing a distributed team. We’d love any recommendations (and intros) you have for good candidates and advice. 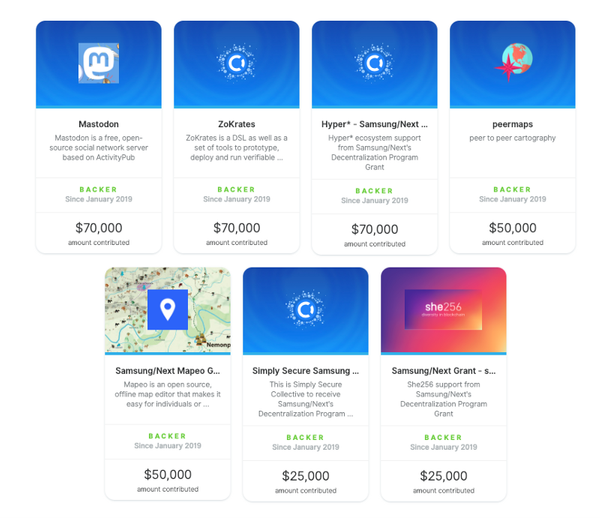 How we disbursed $480,000 in grants transparently, with minimum hassle