We spoke with Nathan Schneider of Community Rule about the importance of more accessible governance practices within online communities.

What is Community Rule?

Community Rule is a tool to help groups figure out the basic rules they operate by.

For years, I was a reporter on social movements, and I saw many groups form and then fall apart as challenges arose. I noticed basic questions of how the group is governed are not solved or addressed. They're assumed and left in the background.

Community Rule is an effort to ease people into that process, thinking through that governance layer, and creating a basic set of rules to operate by.

It might be something that sits in the back and most of the time, and they don't need to think about it. But when a hard decision comes up, it helps to have those basic frameworks and some best practices in place. Those basic practices of governance are not yet available online, so this tool is a prototype to address that gap.

Can we fill the governance gaps?

I think there's a lot that we can do, and I think it's really exciting to imagine.

I'm part of a group of researchers and practitioners called the Meta Governance Project. We've been envisioning a world in which innovation and governance is part of how the internet works.  We’re creating tools that enable one group to develop a system they like, and then share it with other groups so that they can adopt it.

I think network technology could be a place of incredible innovation, dynamism, and diversity in governance structures; where people really learn from each other and advance the art and practice of democracy.

For a variety of technical and business reasons, “implicit feudalism” systems have taken hold, and it results in some deep challenges. For example, we know democratic practice encourages loyalty and incentivizes deep participation.

A big crisis in open source right now is that there are many low-level contributors, but few maintainers. There's no clear path for people to enter the governance process.

I wonder if that would change if people had more flexibility about the types of governance roles and processes that are available. So even though it's not about money, this can help address the challenge of 'open source maintenance'.

The stakes get higher when there is money involved. For example, Open Collective opens the question of governance. It's one thing if you have a benevolent dictator who is seeing some code; it's another thing if that person also has access to the pocketbook. While Open Collective (and others like it) have enabled this necessary process of recording real resource sharing, in an open source environment, there still remains this gap: ‘How do you really make the decisions in a way that's fair and appropriate?’

This seems to be a necessary layer as we start enabling Collectives to hold resources together. How, then, will they govern those resources?

How can we simplify the intimidating world of governance processes?

I think online communities can learn a lot from offline communities. In a local political order, there are certainly barriers to access. At the same time, you know where to go to get involved. You go to local party meetings and get to know people. You see how it works, you build relationships and show interest in getting more involved. Then there's an election governed by rules. If the party bosses don't like you, you can still beat them. There are objective, agreed rules to the game.

Whereas in the open source community, the maintainer usually has absolute power. The basic mechanism of accountability, of being able to remove somebody from power and replace them, is not available. Forking is available. But forking, for many reasons, is often easier said than done. It’s an apparent exit option, but not a real one.

What is your vision of growth?

Community Rule is a prototype, and I would love help and participation. My format is a simple text questionnaire. Right now I'm working on a version that is more visual, intuitive, and easy. There are templates to choose from, tweak, and you're done. But even that, I think, is too much text.

I would love for Making or Picking a Rule to be as easy as choosing a Creative Commons license. Where you answer a few questions and boom, you have a well-vetted rule that makes sense in ways that you don't even understand yet. In the same way that, beneath the hood of a Creative Commons license, there's hard legal work that went into it. But from the user's perspective, it's simple and straightforward, and you don't have to worry about what's under the hood. I'm hoping to create an experience more like that.

We're working on developing a 'Chooser' so the process of deciding which rule to use is more straightforward, so people can have and experience less like creating a legal document and more like creating an intuitive set of guides.

Then the big question becomes: 'How do you reinvent the bylaws of an organization and make bylaws less boring and more intuitive?' That’s what we're playing with now.

What we're doing with the Meta Governance Project is making these rules computational. Right now, Community Rule is all text, but it doesn't help you make decisions.  It doesn't take you through the process.

Ideally, the rules that people create on Community Rule are implemented as part of a computational process, to carry out governance practices in their systems rather than figuring it out ad hoc.

We want to package the work of designing governance and practices (e.g. constitution-writing, decision-making), embedded into one tool that can then be embedded into something like Open Collective.

Could you put a poll into Slack and automatically publish into a rule?

Yes, or your rule would determine how the poll works. Then your poll sends a message to Open Collective and automatically approves the expense.

We describe it as a governance layer for the internet. Governance becomes a connective layer of our communications infrastructure. Through that, we all become experts in governance. We become really comfortable holding roles and participating in governance processes, and it's not so remote.

It's part of the method of operating—rather than the prevailing logic of relying on a few people with dictatorial powers to practice governance for us, leaving the rest of us to complain.

What is Community's Rule connection to open source?

My hope is that transparent governance rules become part of what it means to be an open source project.  So people who participate have some clarity about how decisions are made.  There's a lot of interesting governance, diversity, and creativity in how those decisions can be made.

Normally, open source projects are parasitic on companies willing to contribute employee time. Open Collective offers an opportunity for projects to manage their own resources. You can really only do that well with an appropriate way of deciding how to do that. It just goes hand in hand.

What do users think of it so far?

The main project that we're involved in now is with mutual aid groups. A bunch of groups formed around Coronavirus, trying to help people, communities, and each other. These groups form with a lot of excitement and initial enthusiasm. A few months later, that runs out and they have to figure out how to make hard decisions and have accountability. It’s a critical moment.

We're using Committee Rule to do consultations with these groups.  We want to make it easier and more available to people who are not governance nerds. That's a big priority for me right now.

I’d like to see groups borrow ideas from other groups. Most of all, I'm trying to create a tool that enables learning from one another. That's when things really start to take off.

How can people get involved?

We would love to have more people contribute to development.  It's an open source project on our GitLab. People can donate to our Open Collective, where we pay people for bounties.

We want to encourage projects to try it out, both to describe what they currently do and to hold up a mirror so they can envision how they'd like to be organized.

Contact Community Rule to set up a group governance consultation. 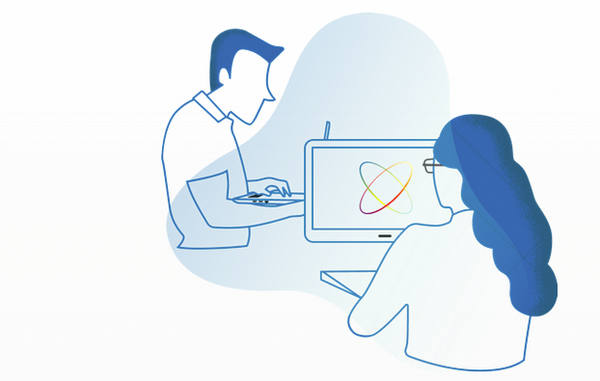