This Spring, we’ll be supercharging contributions in our first ever matching campaign! FundOSS is a pilot program of Open Source Collective and Gitcoin that uses a mathematical distribution of funds to proportionally multiply a single donation. If you want to learn more about what we’re all talking about read our FundOSS FAQ v1 below!

How long is the campaign?

The campaign will last for 15 days!

I’ve signed up to be a FundOSS Collective. What’s next?

We’ve reached out to a small group of collectives to be featured in this pilot FundOSS campaign. If you heard from us, congrats!! We’re excited to have you on board. If you have not received an acceptance email, don’t worry! We’ll be hosting another campaign with larger collective participation. Please stay involved in this current launch. Sign up for our newsletter to be notified about the latest and greatest.

My collective was accepted! What’s next?

We’ll reach out closer to the launch date with more specific onboarding information and marketing materials. Do  know that as we build the FundOSS platform, we are leveraging the OSC and Github’s API to populate the Project Pages. So right now – you don’t need to do anything! Your collective’s information will automatically be pulled into the FundOSS project.

What is the next thing that happens from the public's perspective?

We’ll be promoting the campaign to the public closer to launch and we hope you will do the same! FundOSS is time to get others excited about the value of backing open source. So let’s amplify together!

Are you asking folks to contribute to individual collectives or the matching fund? Or both?

Is there a new platform being developed specifically for the fund? Is that the site that people donate on?

A new FundOSS app is currently in-development, based off of the previously successful DowntownStimulus.com codebase and upon insights from the deployment of similar campaigns on Gitcoin Grants. It will launch from the FundOSS.org domain. Sign up for our newsletter to stay informed about FundOSS platform updates (and more)!

Will these funds ultimately be applied to the collective fund or will they be held separately on this other platform?

At the end of the campaign, funds will be applied to your collective via Open Source Collective platform at the end of the FundOSS Pilot! The FundOSS platform is utilizing the Stripe and OSC API to handle funds and does not at any point, hold any donations from either the Matching Fund or Individual Donors.

What are the policies for distributing the funds?

Once the round closes, the funds will be allocated (just like normal!) to the collective through invoice or reimbursement. See the docs here for more info.

Are there any platform fees involved?

There are nominal 2.9% processing fees for utilizing the Stripe API. Additionally FundOSS charges a Fiscal Sponsorship Fee of 10% on the individual donor side to cover program costs.

How are contributions to specific collectives being tracked?

We watch contributions both on the FundOSS platform as well as OSC’s Stripe Account. At no time does FundOSS have control of any funds. When a contribution is made on FundOSS, it goes direction to OSC, who then routes donations via Stripe’s Tagging system. FundOSS keeps a record of how much was donated to which collective, as a backup, but never touches any funds.

The matching pool is currently $75K. Is that pool simply split up among eligible collectives?

The $75k will be split up amongst all participating collectives according to the Democratic Funding formula. Our intent is to showcase all initiatives for contribution and we’ll be implementing a tiered system to reflect that commitment.  You can learn more about how it all works at WTFisQF.com

How can we encourage donors to contribute during this period?

Sharing the FundOSS website and the specific projects you want to promote is a great first step. Use the #fundoss hashtag and we’ll help amplify!

How are participating projects going to be promoted?

Open Source Collective and Gitcoin have plans for both promoting the FundOSS Platform – with all participating collectives – and highlighting individual projects over the course of 15 days. That said, it is very much on the projects themselves to activate your user base and encourage contribution to their funds. We’ll be working on providing participating projects all the informational and promotional materials you need but help us and help the collectives participating, but amplifying the value of democratic matching.

How many other OSS communities will be included in the pilot?

Based on the $75k matching fund we’ve currently raised, we’re building for an initial cohort of around 50 projects. As a pilot, we are also looking for open source projects that can get the party started and encourage the public to collectively invest in open source sustainability. If you have such an open source project influencer in mind, consider nominating them!

Won’t more popular and widely-used projects be heavily favored for getting more of the funds? Won’t this lead to inter-collective competition?

FundOSS is based on abundance and not scarcity. Bringing in backers to your project has the potential to boost other projects. And we have the data to back this up – from previous rounds, we’ve seen that donors rarely donate to just one project. In fact, we have seen the average grant-to-backer ratio is 7.6. Take a step back – that’s pretty amazing!

But second – we recognize that the footprint of projects are simply different. It's unrealistic to expect small projects to be seen and funded in the same way as larger ones. The purpose of FundOSS is to shine light on the value of all. To do that we are:

We are a big project with a supportive community! How can we highlight important projects (participating and otherwise) without as bright a spotlight?

For specific participating projects you want to support, we encourage you to let others know. In previous rounds, we have found that projects are the biggest influencers on contribution curation! And for specific projects that are not participating in FundOSS but you want to bring in further support – tell us!! We are accepting sign-ups for Pilot Round 2 and would love an introduction.

Let’s start at the beginning. Quadratic Funding has been prototyped and used successfully in the crypto space, most notably on Gitcoin Grants to fund over $6mm of Open Source Software in the Ethereum ecosystem. The term Quadratic Funding crowdsources a mathematically optimal distribution of funds. With this crowdsourcing, the preferences of the many outweigh the preferences of the few.

We think this distribution framework is a more democratic system so we renamed Quadratic Funding to Democratic Funding. And we are taking the learnings (and relationships) from the Gitcoin campaigns and applying them here in our build out of FundOSS.

How is this a more democratic model of contribution?

Democratic Funding designed to be proportional to each community's interest in each project. The key is that everyday people have a voice. Our intent is to bring more visibility and agency to open source as a public good.

I get how Democratic Funding works, but how does FundOSS work?

Democratic Funding is what powers the FundOSS matching algorithm.

Once the 15 day campaign is run, the matching donations per-project are tallied up. In addition to what individuals contributed to your collective during the campaign period, OSC will disburse a proportional contribution to each participating project from the matching pool.

I see people related to crypto involved in the project, is this particular program reliant on crypto in any way?

A couple of the Matching Funds donations were made in crypto and then converted to USD. Outside of that? No. We are applying the lessons and success of Quadratic Funding in the web3 space to the larger open source ecosystem. Previous blockchain sponsors are excited by this bridge and have committed funds to your success! 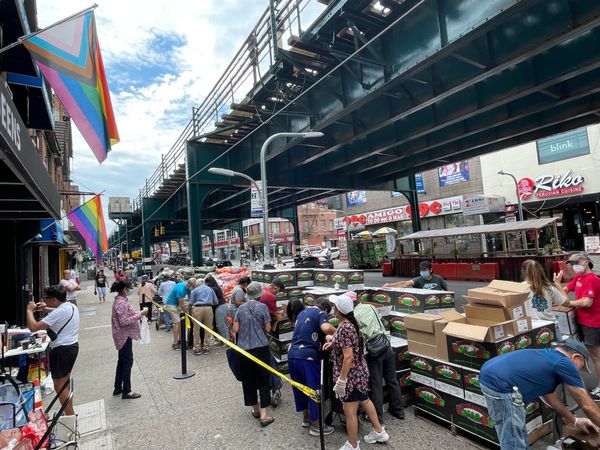 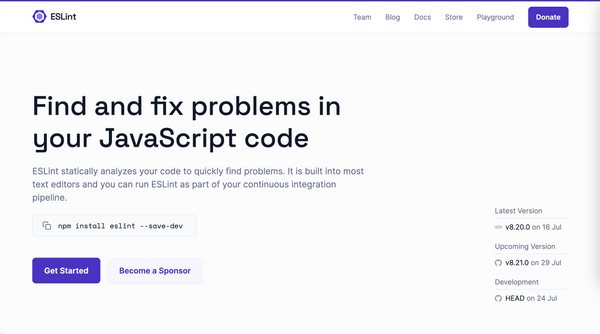