What is Operation Code?

There’s no alumni network when you’re coming out of the military. In fact, they sometimes make it difficult to leave because they want to keep you. Whether you’ve been deployed to Iraq or Afghanistan, or just lived the military lifestyle for a few years, readjusting can be challenging.

The GI Bill (education funding for returning US soldiers), doesn’t apply for many modern education programs like coding bootcamps. So we work on getting people scholarships and mentoring.

Operation Code has grown to over 2300 members in the last year and a half.

We’re here to help people who are seriously interested in a tech career grow their skills and build a network of folks who have the same background. Operation Code has grown to over 2300 members in the last year and a half.

One of the first obstacles people are likely to face is confidence. They think, “Everyone doing this is super smart. I went to high school and then joined the military at 18. How can I measure up?”

Even without a high level of previous education you can edit a webpage. One of the first things we do is teach version control, because it demonstrates the idea that you can safely push a change, and software development is a team sport. We focus on creating a positive and supportive learning environment.

We supported a former army sergeant to get an internship at GitHub. We helped a soldier get scholarships when he came back from Iraq. Now he’s working at Snapchat.

We’ve had some success stories. Andrea Griffiths was a former army sergeant who was working as a construction manager. We supported her to get an internship at GitHub as a community manager. John Deng taught himself to code while he was in Iraq, and did a coding bootcamp when he came back. We helped him get some scholarships, and now he’s working at Snapchat. We celebrate each of these individual successes, and that’s what keeps us going.

Why Transparent Fundraising on Open Collective?

We’re not here to take money from our community. We work with external donors and sponsors who want to give, so we don’t need to charge for services.

Whenever we start a new Meetup (we’re at 17 so far, across the US), we pair it with an Open Collective so chapter leaders have a means to raise money under our 501(c)(3) umbrella. We take a small portion of what that local community raises to support the national organisation.

We’re not here to take money from our community. We work with external donors and sponsors who want to give.

Financial sustainability will enable full-time support for the community. Volunteers come and go, but our members need the continuity of knowing someone is looking out for them. If you have someone who has been through your background and is willing to sit down and give you their time, that’s a competitive advantage for your career. We want to provide that kind of mentorship. There’s a lot we can do with technology, but it’s really about human relationships, which don’t scale.

Volunteers come and go, but our members need the continuity of knowing someone is looking out for them.

From a technical standpoint, as a non-profit full of engineers we wanted a plug and play SaaS tool for donations that we could later adapt. We’re able to work on the platform ourselves, and turn it into a learning opportunity for our community.

The fact that Open Collective is open source was a huge draw for us, in terms of values and culture. We have found that mission alignment is the best guarantee of an enduring positive relationship. We see open source as the next mission for our people, who are coming out of a mission-based organization.

We see open source as the next mission for our people, who are coming out of a mission-based organization.

In the military, regardless of where you came from, you’re treated the exact same: not great. But there’s a shared set of values that’s inculcated in soldiers regardless of rank or background — black or white, male or female. While each service is different, the acronym we used is LDRSHIP: Loyalty, Duty, Respect, Selfless service, Honor, Integrity, and Personal courage.

In the military, regardless of where you came from, you’re treated the exact same: not great. But there’s a shared set of values that’s inculcated in soldiers.

When you look at those values, you can see that there’s a lot of crossover with open source, especially in the area of selfless service. The idea that you are giving of yourself to contribute to a larger whole is everywhere in the military.

While different from a guy jumping on a grenade, LDERSHIP is necessary in open source communities as well, where leaders need to have those qualities to effectively rally other engineers. Not only are you stronger engineering as a group than individually, you’re part of a larger whole giving something positive to people.

There’s a lot of crossover between open source and military values. The idea that you are giving of yourself to contribute to a larger whole is everywhere in the military.

It’s not just about what you have created, but also what you have enabled by developing empathy for those around you. My great joy is helping people build awesome stuff. Empathy is a big factor in successful open source projects. If you don’t have empathy for the other engineers making pull requests, or other folk’s ideas and motivations, it doesn’t matter how great a plan you have. You have to look after people and respect what they’ve created.

What can military people offer the tech sector?

Our community is not often thought of in terms of diversity efforts, but it should be. Increasing diversity in tech is about supporting underrepresented communities who have different backgrounds that give them a valuable perspective. Military folks have a unique shared experience, even though they are of every gender and color. I could talk with a soldier from Israel or Russia, and we’d share a lot of the same stories.

The military mindset has the potential to bring stronger leadership to the corporate world. While military organisations might not be known for touchy-feely emotional intelligence, they do onboarding and adjusting to a new culture very well.

The military mindset has the potential to bring stronger leadership to the corporate world.

The essential function of a military is training, to be as effective as possible for the mission. Since the number one investment for long term success in is in people, military folks can be a business force multiplier if properly utilized. 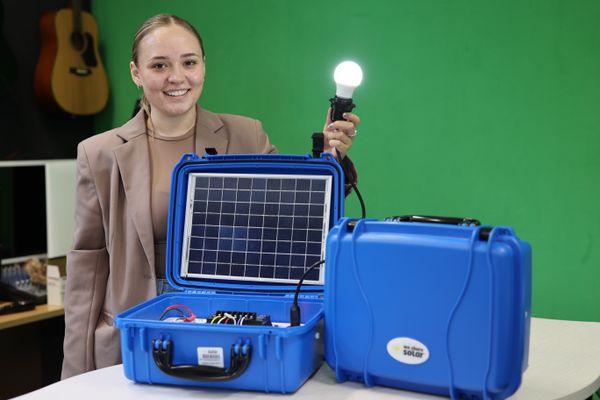