I lived in San Francisco for 7 years then moved last year to NYC. I was back there for a week pitching investors. The distance helps me better understand the blind spot that Silicon Valley has developed and that may very well cost them to miss the next big wave.

You are what you eat

Silicon Valley companies are funded by VCs. Their model hasn’t changed much in the past few decades. By design, the companies that they invest in have to capture the value they create at their center (making the rich richer). As a result, their cap table is somewhat rigid. VC need to have a certain level of ownership to make it worthwhile for them.

That all worked great for a while. Especially at a time where money could pretty much buy you anything.

The age of networks

But in this new age of networks, money doesn’t buy everything anymore as it used to be. It’s the Hillary Clinton / Bernie Sanders paradigm. Before, your strategy revolved around raising big money from the big guys then spread it on airwaves to reach your public. Except today, nobody watches TV anymore. Today, to reach people, they need to “like” you.

Captable-rigid startups can’t build an army to win. They won’t be able to compete in this new world, by design.

Your marketing team is not limited to the people on your payroll anymore. They also includes all your fans who share your stuff on social media. And this pattern does not only apply to your marketing team, other departments will follow. Most of the resources that you need to create economic value will be sourced on the network, in a decentralized fashion.

In that world, a rigid captable works against you. It cannot provide all the people who contribute to your success their fair share.

Compare that to token based companies (ICO — Initial Coin Offering), where their captable is effectively totally fluid and scalable. This gives them an unfair competitive advantage compared to captable rigid SV companies. Why would I support and promote Dropbox if I have “shares” (tokens) in the competitor IPFS?

Issuing tokens is effectively a way to liquify your captable. It’s a way to enable anyone to contribute and get their fair share without having to ask for permission.

It’s still very early days but those new startups are on a different trajectory. By design, classic VC funded companies with rigid captables won’t be able to compete, in the same way that Microsoft with their 4-year release schedule was unable to compete with Google that was pushing code every week. It’s a different paradigm. The most exciting thing is that everyone will be able to participate in the value created this way. Shifting power away from capital and towards people who contribute.

What about Open Collective?

Our goal has always been to reduce the friction for people to contribute (that’s why we released our code base in open source). Finding a scheme to compensate fairly people who do seems like a very natural thing to do. Not only because it’s the right thing to do, but also because it makes total business sense. The only way this will become big and have a massive impact is because a lot of people will contribute to its success.

That’s why we are thinking deeply about all of this. We don’t have anything to announce yet but this is definitely something that we are very excited about — not only for ourselves but also for all the communities already operating on opencollective.com. Many would greatly benefit from such mechanism that will make sure everyone gets their fair share when they contribute to their community.

If you are interested in these topics, join the conversation on our slack! https://slack.opencollective.org

June 19 in SF @ GitHub HQJoin us for SustainOSS, a one day conversation about how to sustain open source for the future. It’s a small event (100 people max) so please make 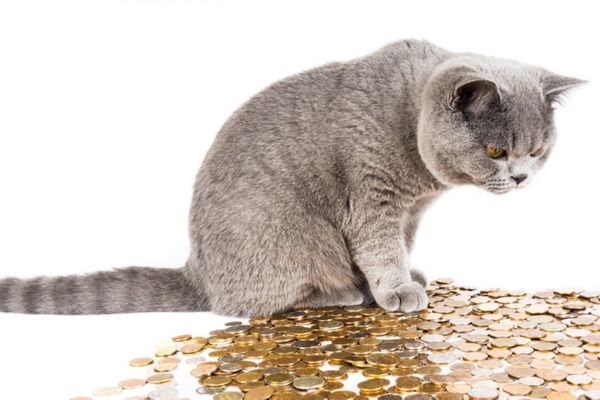 Getting cash is hard, but spending it is easy, right? Actually, utilizing funding can be a challenge.

Open Collective
—
The blind spot of Silicon Valley
Share this