On Hoodie’s 4th birthday, I interviewed founding contributor Gregor Martynus about the promises and pitfalls of money in open source, and why inclusive community is so important.

Q. What is Hoodie? How did it get started?

A. Hoodie is a JavaScript backend for offline-first applications. It was extracted from an app I built back in 2012. I showed it to a friend of mine from CouchDB. He really liked how I used that database in my product, so he suggested I extract it to its own thing. We worked on it on and off for a year. Eventually we had a working prototype that became Hoodie.

Hoodie enables you to express yourself through technology by making web app development very fast, easy and accessible. It’s a complete backend for your apps: develop your frontend code, plug it into our API and your app is ready. — Hoodie Intro

A. There are idealists who want to keep open source “pure”, but I don’t think that will work anymore. I can feel opinions shifting toward a recognition that open source needs money.

It’s hard to shift a narrative that’s been built over decades, but we have to change how funding for open source works. We’re all aware of the unhealthy state of things. We’re just sitting here, waiting for stuff to break.

Look at Heartbleed, where a problem with one open source library suddenly affected half the internet. But we were not surprised, as a community, because many such projects struggle with maintenance. Having open source projects in a healthier state would help things fall apart less.

We have to change how funding for open source works. We’re just sitting here, waiting for stuff to break.

Right now, most open source projects don’t even give you an option to contribute financially, but in my view there’s no reason not to accept funding. The very act of setting up a system for receiving financial contributions forces you to express what your mission and goals are, which is healthy.

My advice? Just do it.

A. Fundraising for open source isn’t about asking for donations to save the world. It’s about addressing the fact that open source creates huge economic value. Successful companies inside and outside of tech depend on open source — but right now they are mostly free riders.

I think we need to change the narrative, to recognize the real value exchange. Webpack, for example, is generating millions per year in value, easily, in terms of the amount of working hours it saves for companies. So even getting $100,000 is a joke compared to the value they create.

Successful companies inside and outside of tech depend on open source — but right now they are mostly free riders.

We have previously validated the potential for mutual value exchange with advertising packages, where companies paid $1,000 a week for us to put up a website banner, send some tweets, and sign code contributions with their message. Our community is huge and diverse, and we can amplify their ad very effectively. Sponsors loved it, especially for recruitment and hiring.

However, there’s too much admin overhead around managing advertising deals manually, and it wasn’t practical to make the process transparent and community-driven. I’d like to automate a system through our Open Collective where a sponsor’s proposed message would go to the community as a pull request for approval, and the financial flows would be open for all to see. I estimate this would bring in tens of thousands of dollars.

I think we need to change the narrative, to recognize the real value exchange.

Q. What have your challenges been with fundraising?

A. Funding has been a concern of ours from day one. When we founded Hoodie initially, we also founded a company called Neighborhoodie, with a mission to sustain the open source project and eventually make it independent. However, there was always a lot of overhead associated with getting funds from sponsors through our company and into the open source project.

Two problems were especially painful for us:

There was always a lot of overhead associated with getting funds from sponsors through our company and into the open source project.

When Open Collective came out with the premise that they’d function as a fiscal sponsor, and all the financial transactions would be automatically transparent, it solved these big problems for us perfectly.

Q. Is there a downside to bringing money into open source?

A. Lots of open source maintainers are excited about paying themselves, but people underestimate how problematic it can be. Think twice before you just say, “Please fund me so I can code more on this project”. There are risks, and it can backfire.

Our strategy to avoid these pitfalls is to pay for community support, not code contributions. I’m confident that’s the best investment we could make for the project.

Q. What should open source projects spend money on?

A. Of course, this is a second-order problem. I’d be happy if we could just solve getting money into open source projects first! But there are important considerations.

Think about how much time is eaten up onboarding people, answering questions, and reviewing issues. If you used money to pay someone to do support, you could get back to focusing on the code, as a passion project. And you’ll still sleep well at night, knowing there’s someone taking care of the community.

If you use money to pay someone to do support, you can get back to focusing on the code.

Take the example of surfers who became singers, like Ben Harper and Jack Johnson. They loved surfing so much that they didn’t want to do it as a job, because they’d have to make compromises. So they did something else for money, and kept surfing on their own terms. Maybe this is the right approach for open source as well.

Open source relies on community facilitators, but we can’t hold them accountable if they are volunteers. If they suddenly say, “Sorry, I can’t do this anymore”, what can we do?

Once we hit the $10,000/year milestone, we plan to hire a part time facilitator in the Hoodie community. Or maybe we could join forces with other aligned projects and create a full-time role for someone with great skills.

Open source relies on community facilitators, but we can’t hold them accountable if they are volunteers.

We want to invest in making the contributor experience better: finding issues for new people to work on, answering questions, and making sure any infringements of the code of conduct are handled well. It’s great to have this clear goal with a specific budget that I can pitch to potential sponsors.

I’m not concerned about traditional open source contributions. I think the real challenge is to scale the work we currently put into making Hoodie the most welcoming community possible. — Hoodie Blog

Funding someone to be responsible for support would free up a lot of time for the people who do maintenance on the codebase, and increase overall capacity. We know how to effectively bring on new contributors, but we haven’t had the resources to do it up to now. Having someone accountable for onboarding would accelerate the growth of the community.

Q. Why the focus on building an inclusive community?

A. I was working on open source before, but this is the first project I’ve been involved with that has a real community around it. We all came into this project with experiences that led us to value community highly.

From the beginning, we made sure to have a code of conduct and to communicate in an inclusive way. Four years ago, when Hoodie started, that was less common. Now people use Hoodie as an example of how you can be inclusive and welcoming as a community.

Hoodie’s main goal is to empower people and enable them to realize their ideas. Thus, we are committed to providing a friendly, safe and welcoming environment for everyone. — Hoodie Code of Conduct

Open source is chaotic, and that’s beautiful in a certain way. But we don’t want an environment where only the strongest and loudest survive. We need everyone represented in open source, especially as it becomes more relevant beyond tech.

We don’t want an environment where only the strongest and loudest survive.

The open source mindset is: “Here’s a piece of logic that’s not unique to my idea. Why shouldn’t I share it?” We create abstractions on top of abstractions, and open up the underlying layer so everyone can build on it. This approach can be applied to all sorts of sectors.

Everyone who gets into Hoodie loves this mindset, once they get in and find out it’s not just a private coder party. There’s no competition in open source, in a zero-sum sense. I want everyone to succeed, because we all win.

If we can get more people involved in open source projects who work outside of code, this way of collaborating can spread.

There’s no reason why we shouldn’t have political parties organised in a similar way, or art projects, or journalism. Even if your main mission isn’t about tech — whether you’re building a nonprofit, a bank, or a restaurant — working together this way can be relevant to you.

If we can get more people involved in open source projects who work outside of code, this way of collaborating can spread.

Want to be part of discussions about how to get more resources for open source? Join Gregor and other open source sustainers at $ustain, a one-day unconference. 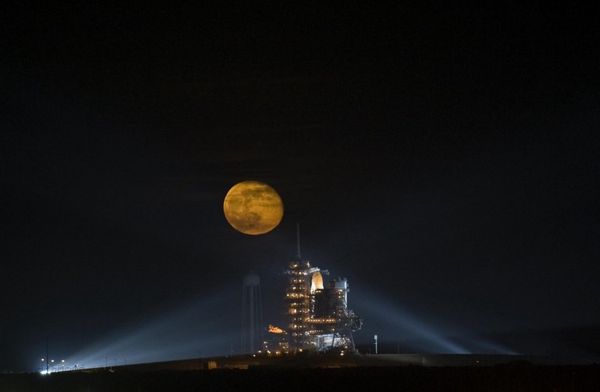 So, you’ve found Open Collective and your open source project is ready for community financial support. Great! Here’s how to nail it. 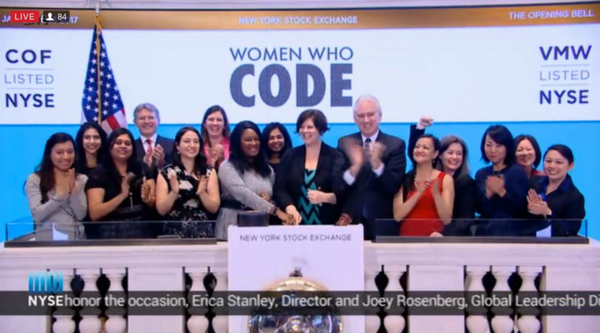